James Harris Gallery is pleased to present “And There Is an End 2” a group exhibition examining works iconoclastic to the present par of accustomed aesthetics, curated by Bennett Roberts of Roberts & Tilton gallery, Culver City. “And There Is an End 2” calls for a questioning of the contemporary turned conventional, instigating a search for a fiction in the idea. This exhibition is a new iteration of an earlier show at Roberts & Tilton, “And There Is an End” and includes works by California artists Kelly Akashi, Leon Benn, Keith Boadwee & Club Paint, Alex Chaves, Michael Dopp, Roger Herman, Salomon Huerta, Max Jansons, Chris Johanson & Johanna Jackson, Nathan Kitch, Matt Lifson, Evan Nesbit, Emily Sudd, and Daniel Rios Rodriguez.

In such a pursuit, one can only attempt to draw parallels to an inquiry that reflects life; to look into the mirror and see qualities of ourselves and our times. A search for poetic truths entails a search for art that not only has a dialogue with contemporary issues, but also talks back to us. This exhibition brings together disparate voices to convene in a context spanning multiple generations and varied identities. With a range of works that acknowledges the individual via paintings and sculptural works with an unabashed display of the personal, the hand and the intuitive, implementing autonomous figuration and tactile expressions of materials that question the act of production and active image making.

Notions of the authentic are explored through imagistic work produced by divergent fissions and decay. Through an unencumbered idea-to-material action, a calculated “stream of consciousness” response is postured. Quoted quotidian relics find new regard, paintings appear breakable, color is consensual. Fiction and the absolute conflate in speculations of our own histories and immediacies.

In a scrimmage with trends that are over saturated with visual tricks, a shift in perception and anticipation of the unexpected and innate is constructed. The risks of visceral instincts and articulated vernaculars are at play to create images that are lively and impulsively archetypal. “And There Is an End 2” does not state or predict an ending, but boldly beckons for an end to provoke new beginnings.

…and the fault with most banalities is that they are not banal enough. Banality here is not infinite in its depth and consequence, but rests on a foundation of spirituality and aesthetics.  – Asger Jorn 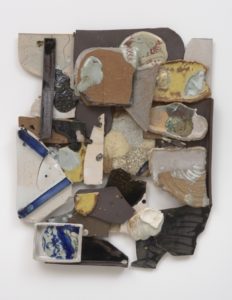 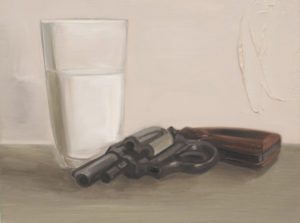 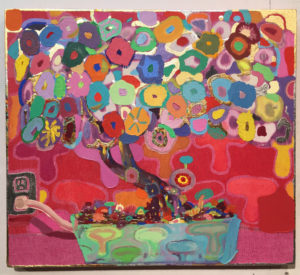 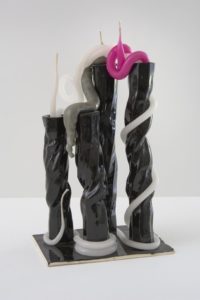 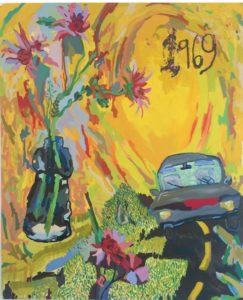 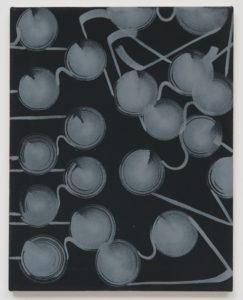 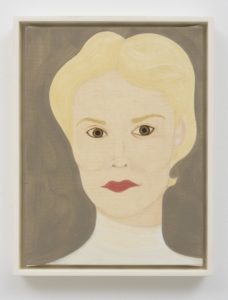 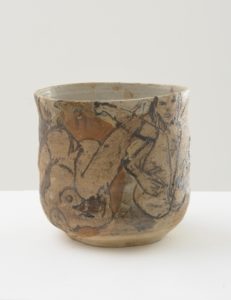 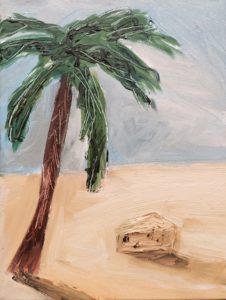 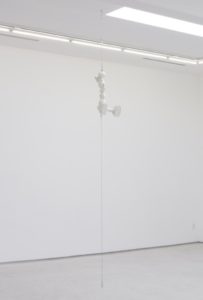 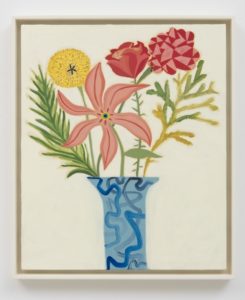 Evan Nesbit's primary focus iss spatial abstraction where his burlap canvases were meticulously crafted through a process of dying, sewing and extrusion of acrylic paint pressed through the weave of the material. By dying the support structure and driving the pigment medium through it, the artist seamlessly integrated the medium with the support, creating an aesthetic teleology of flatness and pictorial organization. Nesbit continues his use of pushing pigment through the reverse side of the substrate, and now photographic images have been introduced by printing on a vinyl matrix. His markings compliment and disrupt the physical traces of reproduced photograph, trapping the image between the mechanical and the painted gesture. Nesbit’s new paintings allude to the inevitable commodification of the digital image but through his use of highly saturated color and neon tones of paint, the works situate themselves between the historical and contemporary painting antecedents in which artists incorporated found or mechanically produced images.