James Harris Gallery is pleased to present our first exhibition by Barry Stone entitled New Weather Weaves New Garments; this will be his first solo show in Seattle. The title comes from the last line of Carl Sandburg’s poem New Weather, and in this body of work Stone reflects on the shifting climates of our perception. Working in digital photography and video, Stone creates illusory landscapes that are often distorted through a technological intervention in their coding. The result is beautiful sensual imagery with a digital glitch. His still photographs are subtly altered by color shifts, collage like abstractions, and technological deconstructions Stone refers to as ‘data-bending’. These perceptual interruptions create a type of jolt for the viewer, suggesting an alternative way of seeing the world. This resistance to the status quo is deeply rooted in Stone’s practice, redolent of the ideological underpinnings of utopianism and poetic sensibility.

For this show, Stone presents eight new photographic landscapes and a short video entitled HUMfrom 2011. The landscape photographs depict naturalistic scenes from a skewed reality, where his digitized filter allows for the unbounded possibilities of rainbow colored leaves, painterly skies, summery floats, and fantastical frozen mountainscapes. This transportive yet nostalgic reality demonstrates photography’s potential as a medium to bridge the gap between fidelity and fantasy, capturing a type of truth contingent on subjectivities. While some of the photographs have gone through a transformative ‘data-bend’ in order to offer this generative destabilization of the image, others remain unaltered to reveal the ever-present distortion of perspective. Stone’s visual play speaks to philosopher Roland Barthes theories about the types of messages or meanings communicated by an image. In his essay “The Photographic Message,” Barthes contends that the photograph contains both the real and its own unreality through its distancing from the original event. Stone responds in the digital age of infinite manipulations, highlighting the potential of this distance and filter of subjectivity to create new meanings.

For his short video, HUM, Stone takes us through a series of his still photographs that are brought to life through constant subtle movement, overlaying shifting visual effects and a soundtrack of Stone’s own musical creations. The mood shifts from ominous to contemplative as the soundtrack plays through a cycle of varied sounds that jump from the hard electric chords and deep bass drums of punk rock to the soft acoustics and hazy balladry of alternative rock. As the images come into focus, the camera pans across his still landscapes in slow motion, freeing the photographic image from its static nature. The natural scenes of a suburban driveway from yesteryear, deep caverns of stalagmites and stalactites, abstract painting and collages, the tops of trees, and wispy clouds are all worldly yet somehow unattainable. As subtle manipulations to the images fade in and out, it becomes clear how the artist has constructed this unreality to heighten our own awareness of the world. 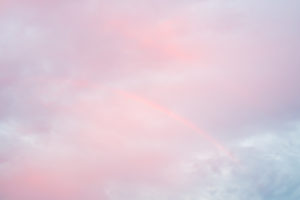 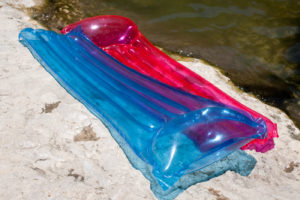 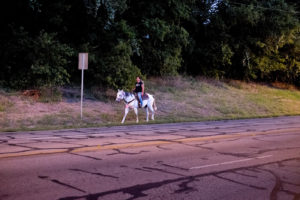 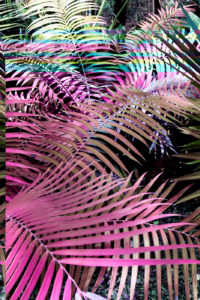 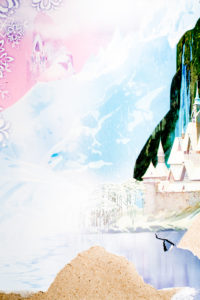 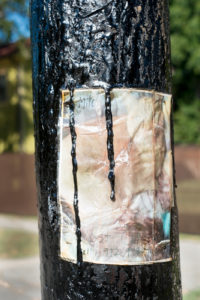 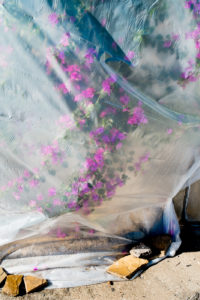 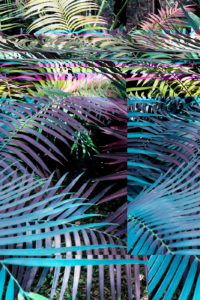 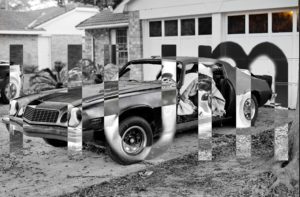