James Harris Gallery is pleased to present our second solo exhibition by Los Angeles artist Roy Dowell. The exhibition will include painting, sculpture and collage; key elements of the artist’s practice. For over 30 years, Roy Dowell has been making pictures, primarily collages and paintings that continue his signature exploration of his interest in modernism. His works are undeniably abstract but referential material often appears in his compositions to wrestle with pictorial space. An avid collector of “things”, Dowell derives his aesthetic from visual culture, extracting the “essence” of varied iconographies and making hybridized interpretations based on both their form and their meaning. His works are suggestive of a myriad of familiar objects, from functional tools to ritualistic implements and garments, yet they posses their own unique internal logic and relationality, removed from the external inspiration. In this sense his work operates in the realm of desire, questioning what it means to experience or own something and acknowledging that like so many “things” its meaning is largely unknowable or lost and we are left only with physical evidence to decipher. Dowell invites his audience to participate in this act of interpretation and decoding, which lies at the heart of his own impulse to create.

For this new body of work, Dowell has drawn inspiration from objects found during his travels in Mexico, incorporating elements of advertising, fabric patterning, and decoration. His two-dimensional works create illusionistic space through layering of images, geometric and biomorphic shapes along with patterns of mark making. In his paintings “untitled #1068” and “untitled #1083”, the reference to mid century abstraction is perhaps most evident in the sections of gestural brushstrokes. While this type of mark making is a more recent development, all of his work demonstrates an overall democratic treatment where references and inspirations are of equal value and importance. In “untitled #1078”, Dowell’s line work is more controlled, but dense layering and his intuitive use of color and form creates movement and energy where lines and shapes play off one another. Suggestive of color field paintings, the rich saturation of color in works “untitled #1071” and “untitled #1080” complicates the pictorial space and in this way, the paintings possess their own “objectness”.

Dowell’s collages operate in the same manner of his paintings but on a more intimate scale. Emphasis is still placed on color and form to stimulate the viewer to perceive the fractured layers of the picture plane through the aesthetics of sensory perception. Seen together the collages and the paintings demonstrate the artist’s desire to make discrete works where everything happens inside the boundaries of the constructed object.

Over the past several years, Dowell has honed an architectural internal logic within both his two-dimensional and three-dimensional work, resolving the relationship between these two practices into a seamless cross pollination. The sculptural work included the exhibition is made from paper and cardboard and decorated with acrylic paint. The scale and shape have a distinct reference the body, yet also relate to the repetition and abstract patterning of his two-dimensional work. Through this multimedia approach, Dowell is interested in creating work that resonates with the viewer. He continues to develop his visual language from a subconscious place, but it is well informed by keen perception and a commitment to authenticity.

Roy Dowell lives and works in Los Angeles. His work is in the permanent collections of LACMA, MOCA Los Angeles, The Hammer Museum, SFMOMA, MCA San Diego, the Jumex Collection, the Eli Broad Collection, and many other significant institutional and private collections. 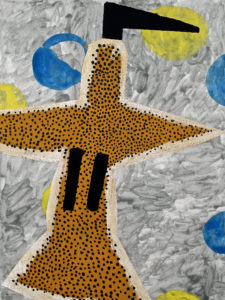 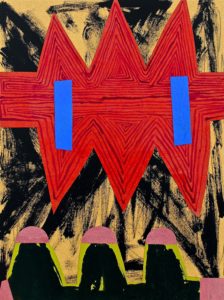 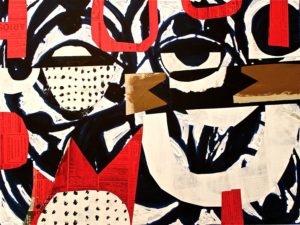 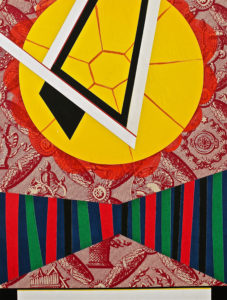 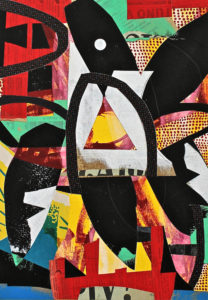 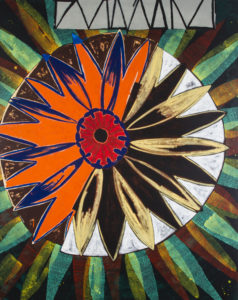 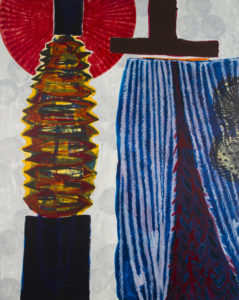 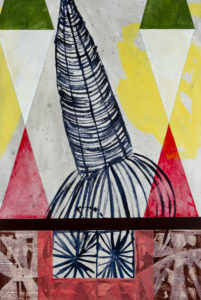 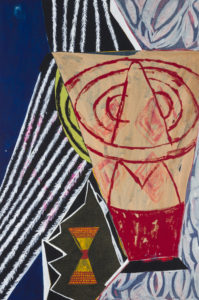 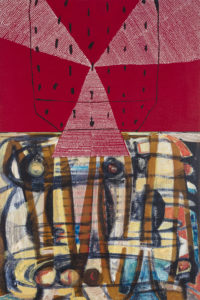 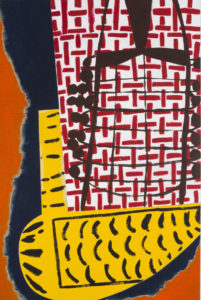 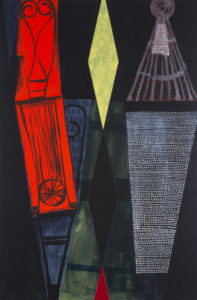 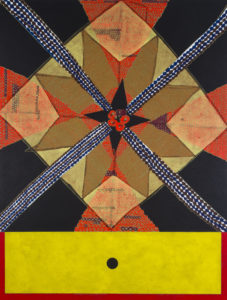 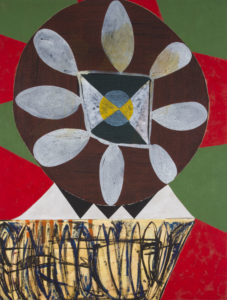 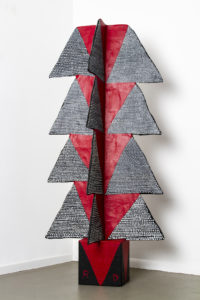