James Harris Gallery is pleased to present the fifth solo exhibition by Akio Takamori, the artist’s final body of work entitled, “Apology/Remorse”. Takamori is a seminal figure in ceramic art, whose work over the past thirty years has left an enduring impact on the Pacific Northwest arts and the medium itself. For this show, Takamori presents both drawings and sculpture of men apologizing, inspired by images in the media. Densely weighted with social and political narratives, this work poetically illustrates the artist’s role in society as a conduit for catharsis, particularly during troubling times.

In a series of drawings, Takamori explores the gesture of public apology throughout history, raising questions around authenticity and the desire to heal as a society from historical wounds and injustices. This past summer, on the 70th anniversary of the end of WWII, Prime Minister Shinzo Abe of Japan made a public statement of apology for Japan’s war deeds. Takamori was inspired by this action, and began collecting other images of men apologizing in the media, both East and West. In more recent news, Takamori discovered images of Japanese CEOs of auto companies who would theatrically bow in a deep right angle as a symbol of deep remorse. With these drawings, Takamori presents the performative aspect of this emotive gesture and in doing so conveys the underlying truth behind these apologies.

The largest piece in the show is a sculpture depicting German Chancellor Willy Brandt, who in 1970 after laying a wreath on the monument to the Nazi-era Warsaw Ghetto Uprising, very surprisingly knelt and paused in a moment of silence. This gesture is recognized as one of the first steps for Germany to face its past. Brandt stated, “As I stood on the edge of the Germany’s historical abyss, feeling the burden of millions of murders, I did what people do when words fail”.

Also included in this show is a series of glazed monochrome and painted sculptures that combine the idealized female form of Venus with the head of an older male, stricken with an expression of remorse. These amalgam mixed-gendered figures fuse classic iconography with images from media, boldly addressing the current socio-political climate. Four of these works are treated with a monochromatic overglaze, fusing these forms into a singular identity that is neither male nor female, creating a sense of ambiguity and fluidity. Two of these sculptures are given the monochromatic body, but the artist has treated the head with underglaze in his iconic style of brushwork that drips down the body. Takamori’s works operate as psychologically potent intermediaries that embody socio-cultural issues around identity and body politics. With the current political rhetoric that attacks the female body, these works suggest the horror and absurdity of a man’s control over a female body.

Takamori has repeatedly used the iconography of the Greco-Roman goddess Venus, often to disrupt the western notion of beauty as seen through the male gaze. In 2009, he made a series of sculptures that combined Venus’ body with round Asian heads crowed with Tang Dynasty courtesan hair-dos. For the artist, these figures represented an image of a “new type of woman” who might be “free from racial, cultural, religious and political bias…free to be who they are.” During this past election, Takamori witnessed, “the masculinity and the femininity harden into battlegrounds,” and felt compelled to reflect on the reality of our gender issues, both in US and abroad in Japanese culture. Always interested in identity in a globalized world, Takamori expresses the shock of a male-female divide through these androgynous figures that Takamori suggests represent a “misogynist’s worst nightmare” by having a female body.

Takamori was always interested in discovering the deeper meaning of iconography and the truth about human nature. In this body of work, he didn’t hold back. Takamori addresses an uncomfortable reality of our polarized climate, full of injustices that may never see an apology from the perpetrators. Perhaps apology isn’t necessary or even sufficient, but with these collages of iconic gestures, Takamori perceptively touches on a palpable desire to overcome and heal. Always searching for love and beauty in the darkness, Takamori once spoke of artists as conduits, comparing them to rain coming to the ground, each being gradually absorbed and enriching the soil so that new grass can spring up: “Artists are like raindrops—each one. You have to recognize this as the natural role of impacting society through art.” Takamori himself offers such catharsis by depicting vulnerable moments that demonstrate the fallibility of our human soul.   The works in this exhibition point out our faults but Takamori also reminds us that art can help to ease the struggle. 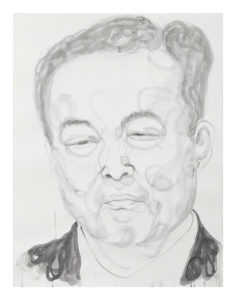 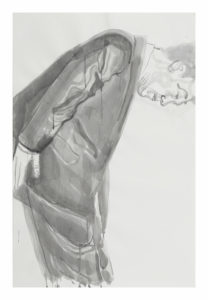 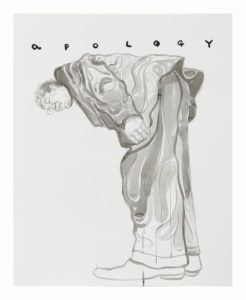 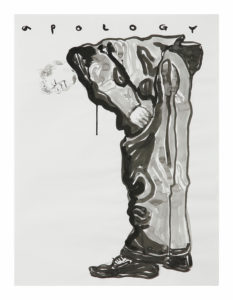 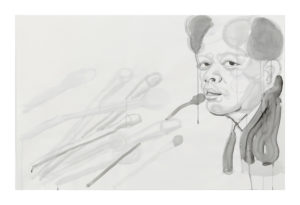 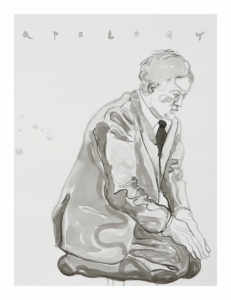 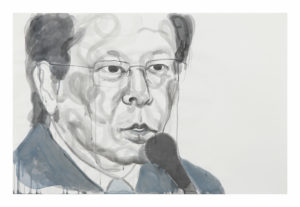 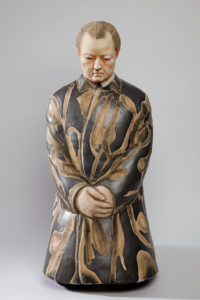 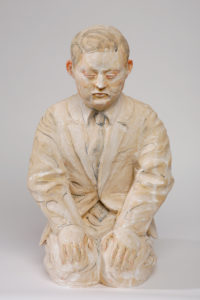 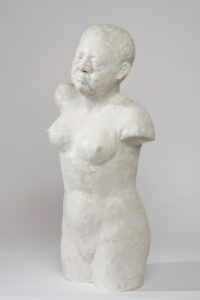 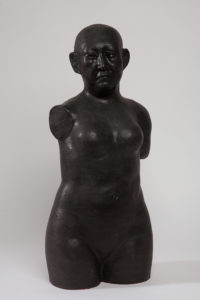 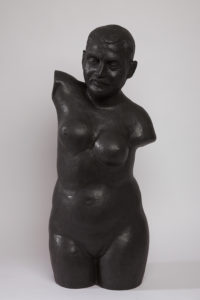 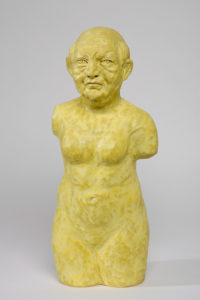 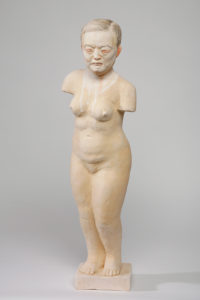 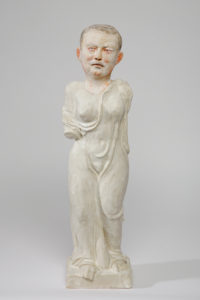