James Harris Gallery is pleased to present the fifth solo exhibition by Chicago artist Richard Rezac.   This show of selected recent sculpture from the past few years expand upon the artist’s vernacular of abstraction that he has developed over his 40-year practice. In this work, Rezac continues to demonstrate an interest in more complexity and contrast, with bold application of color and the use of reflective or transparent surfaces. Rezac’s visual language is both rational and symbolic, layering multiple meanings and references in finite form. In this way, his human scale works evoke familiarity while confronting the viewer with the tactile and physical.

Rezac approaches his work with an artist’s expansive imagination and engineer’s precision.   Drawing has always been an essential part of Rezac’s process. Similar to an architectural plan, every sculpture begins with a preliminary drawing for a formal composition that must then be translated into physical materiality. Primarily working with wood, cast metal, plaster, fabric and concrete, Rezac approaches his work in a number of processes including constructing, carving, casting and modeling. His work is purposefully situated to interact with the viewer with a particular perspective, often mounted on the wall or hanging at close range, informing the space and architectural setting. Rezac constructs rhythmic pure forms through his additive and reductive processes, resulting in sculptural pieces that are specific and finite but speak to a continuous system or structure.

His ongoing interest in an organizing geometric principle of repetition, symmetry and form provides an underlying rational stability that connects his practice to both 17th century Baroque architecture and 1960’s Minimalism. Rezac’s sculptures directly address Minimalist phenomenological concerns of form, color and reflectivity, but many are imbedded with symbolic narratives and personal nuance. The wall-mounted relief Laterano (panel) references the basilica church of San Giovanni in Laterano that was remodeled by Francesco Borromini in the mid 17th century.   Rezac was fascinated with the architect’s choice to uncover an original 4th century church wall and integrate it into a renewed façade adorned with Baroque paintings, revealing a contrast of styles and histories in one space. Zeilschip (lunar distance) was based on an object from Rezac’s memory, a Dutch ornamental tile that he saw at the Rijksmuseum in Amsterdam, capturing the skewed angle and proportion in a reductive form. His hanging work, Icarus (According to Brueghel), loosely suggests the winged figure and all that circulates around this narrative, including a poem by William Carlos Williams and Brueghel’s paintings. Rezac’s abstract objects evoke architectural ornamentation, a spatial relationship and a layered history of symbolic narrative.

While some work begins with a source inspiration, much of it is developed without preconceptions or initial reference, but emerges out of the pure abstractions of Rezac’s own sensibility. His reliance on geometry and organic proportions often evolve into motifs or patterning. The painted cherry wood wall relief, Untitled (15-07), uses simple form and color to create an ornamental motif that addresses the vernacular of painting. Fragmentation, as explored by early modernist artists in cubism and re-appropriation, offers a reading of Rezac’s pieces where they operate both as partial segments and as discrete objects on their own terms. The suggested dislocation of these sculptural forms speaks to Rezac’s interest in the unfamiliar visual languages throughout history and the development of his own deliberate yet complex aesthetic.

Richard Rezac’s sculpture has been shown nationally and internationally, most notably in a 2006 survey of his work at the Portland Art Museum. Other venues include Yale University Art Gallery, the Art Institute of Chicago and Museum of Contemporary Art in Chicago, and the Corcoran Gallery of Art, Washington D.C. Rezac has received Fellowship Grants from the Guggenheim Foundation, the Joan Mitchell Foundation and the Tiffany Foundation and in 2006, the coveted Rome Prize from the American Academy in Rome. He lives and works in Chicago. 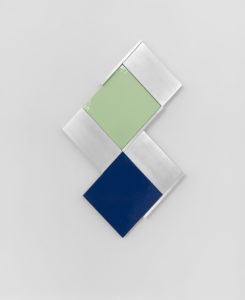 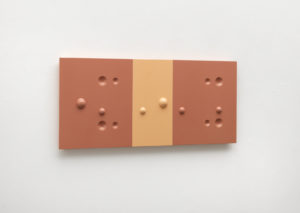 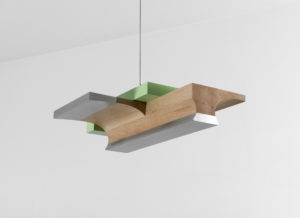 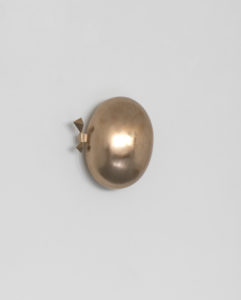 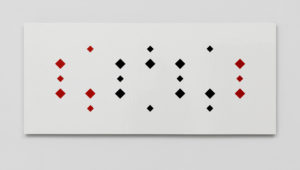 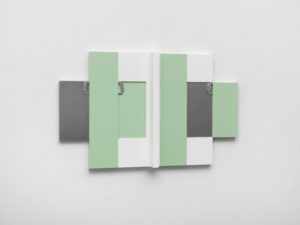 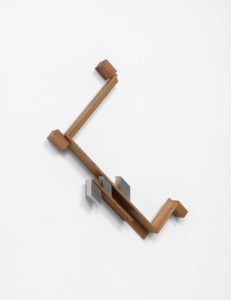 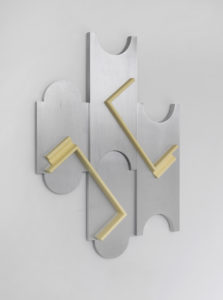 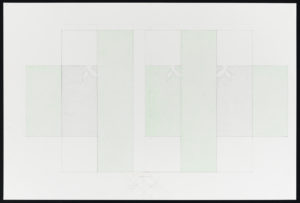 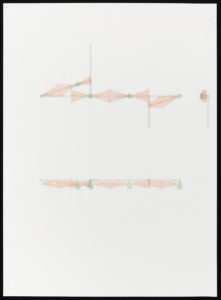